2011 was full of all kinds of awesomeness. Rather than writing a 10,000 word essay-type summary of 2011, I thought I’d narrow it down to the top 11 new things that entered my life. I highly recommend all of them. Yes, I realize that you, being smarter than I am, probably discovered this stuff long ago. I don’t care. Just be proud of me that I tried some new things. Change is hard. Anyhow, here’s my list (in no particular order):

2.) Wonderful Pistachios – Sweet goodness these things are delightful. I always thought that I disliked pistachios. I was wrong. 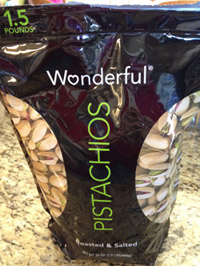 3.) The Talent Code by Daniel Coyle – A great book for anyone who enjoys nerdy analysis of what makes some people talented and other people not-so-much. If you liked Gladwell’s The Outliers or Colvin’s Talent is Overrated, you’ll like this too.

4.) Crazy Love by Francis Chan – Disclaimer: after every chapter, I said something to the effect of “I hate this Francis Chan guy!” What a challenging book. There are questions in this book that every Christian needs to ask him/herself. Good stuff.

5.) Mumford and Sons – How had I not heard of these guys until 2011? I owe Twitter a debt of gratitude for introducing them into my life. In related news, how awesome would it have been to have been at this concert:

6.) Ghirardelli Double Chocolate Brownies – These things make my soul happy. They might just be the best brownies ever created. 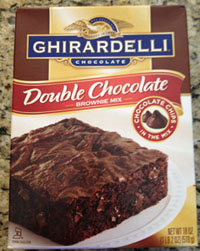 7.) Blueray Player – I know, I know. Welcome to 2009, Josh. Now, thanks to a nice Christmas gift from the in-laws, I can join the rest of you in ultra-hi-def media snobbery.

8.) iPhone 4s – My wife refers to Siri as my mistress. When I received an iTunes gift card for Christmas, she said, “OH GREAT, someone bought a gift for your mistress.” Side note: have you heard that you can ask Siri where to hide a body? Oh that’s right, you have…from everyone. Here are some other fun things to do with Siri that you may not have known about: http://mashable.com/2011/12/25/christmas-fun-with-siri/.

9.) The Legend of Zelda Skyward Sword. Hi, my name is Josh. I’m 32 years old and still love playing Zelda. I have a problem. Don’t judge me.

10.) Phineas and Ferb – We took the kids to Disney World in 2011. Unfortunately, our oldest daughter ended up with croup/bronchitis toward the end. In between walks outside for fresh/cool air, we sat in the hotel lobby. The tv was playing a Phineas and Ferb marathon. We stayed up most of the night watching this show as it was the only thing that took her mind off of her discomfort. Not only is the show brilliant; but, it may or may not cure bronchitis. 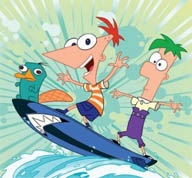 Previous post My 2 cents on this whole SOPA fiasco

6 Quick Thoughts From the 2012 Grammy Awards

My 2 cents on this whole SOPA fiasco